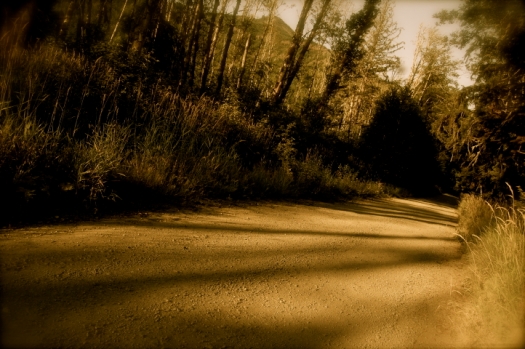 My coaching assignment from three weeks ago was to reflect on what I’d like people to say about me when I die.

My report on that reflection is due today, and frankly, though I’ve put a good bit of time into thinking about it, I don’t have it done.  It’s a funny question, more troublesome than I anticipated.

My reflection goes in several directions.  Someone in my family said of my father when he died, “He was the best man I ever knew.”  I’d take that one, if someone wanted to say it, no matter how untrue it might be.  My uncle meant it when he said it, and I think it was true.  My father was a good man, a servant, a simple man.   He was a student of the Bible, a man who wanted to get it right when it came to following God.  These are good things to be said about you when you die.   So yes, I’d take all those.

Last night, I watched This Is It, the film documenting Michael Jackson’s preparation for the tour he never got to do.  I think of all the things people say about him.  A superstar who just wanted to be loved, the things said about him at his death are endless, most likely (I haven’t researched this) trending toward his gifts as a performer and pop artist, as well toward the tragic pain he experienced most of his life.  Wonder and sadness, a strange lost light burning intensely for the enjoyment of us all.

We all die, the common and the famous, the tragic and the greats.  I’ll die, far closer to common, and people will gather and talked in hushed tones, I suppose.  That’s what you do at these moments.  What do I want them to say?

How would you answer it for yourself?

Ultimately, I hope they reflect on themselves, and perhaps a moment of connection between us.   A moment of personal connection, or professional, where we encountered each other in either family, friendship, or art-making and receiving, and as a result of that encounter and connection, whether it was for a moment or a long time, they somehow came to understand something different about themselves, their lives, and the love, presence, and beauty of God.   The title of this post came to me as I pulled up to the coffee shop; I  hope someone will say that Jeff always wondered about what it meant to be transformed at the deepest levels of the heart.   That he asked and answered the question, “Is change really possible?”   Perhaps they’ll reflect on the imperfect progress I made on my own personal journey of heart transformation, but it would be really cool, and of far greater importance, if they observed that in Jeff’s life and work, he created spaces and experiences where possibility, hope, and transformation grew tangible, no longer questions but invitations that stand eternally open.

“From glory to glory” scripture says, and at my core, I know that life is dense with glory and possibility beyond our wildest dreams.   The mystery is how it all happens, and the fits and starts we take as we travel.   And at the end, I hope someone says he traveled in risky faith, constantly leaning against his essential brokenness (shared with the world), and found his way to that elusive grace called the compassion of the Christ, and created in life and art images–incarnations–of possibility, of real change, and of love.   Say that he treasured his family, his friends, and his work, and the God whose grace made every moment possible, and that he worked hard to attune himself to the deep beauty of the world.

But after all that, I have to also confess that I don’t really care what people say when I die.   The only voice that will matter will be that of my Father.   How amazing to perhaps have Him say something like what my character in Brooklyn Boy heard at the end of the play.     My character’s father told him, “It was a good book you wrote, Ricky.”

If my Father said something like that, that would be enough…

One Reply to ““Transformation is Possible””