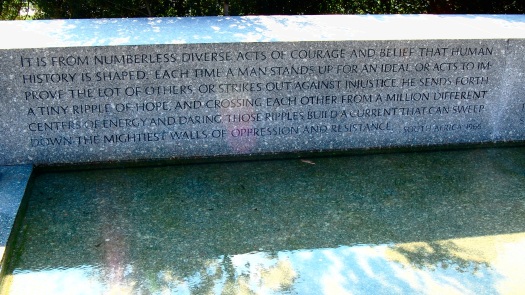 “It is from numberless diverse acts of courage and belief that human history is shaped.”

After two months of reading, and a trip to Gettysburg, Washington, D.C., and Virginia, here’s a little of what’s on my mind:

How’s that for a list?  There’s more, but that’s a fair start.

There’s got to be a piece of theatre in there somewhere.

In days to come, I’ll riff on some of this stuff, keeping a loose, improv sort of thing going.  If I wait to blog until I get all my thoughts straight, I’ll never write.  But here’s the thing. There’s so much I don’t know about this stuff.  And I must say, it’s far more interesting to pursue writing in areas in which I am passionately curious, knowing that the process of the search is life-changing, conversation changing, and effort changing.