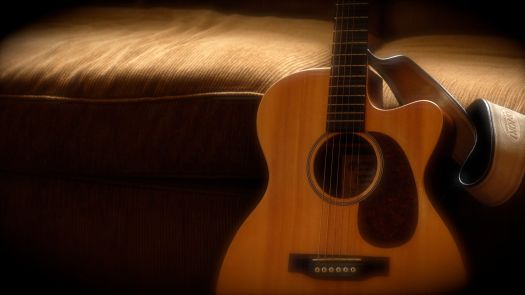 So what is a song?  What’s it’s for?  What is it about a particular marriage of lyric and rhythm and melody that makes a spirit rise from the dead, as it were, and find new energy for the day.

When I was in high school, I listened to Janis Ian’s famous album that contained “At Seventeen.”  She won a Grammy for the album, and lyrically, it was astonishing.  It also may well have been one of the reasons for my colossal teenage angst.  Ms. Ian seemed (perhaps, I don’t know her or her biography) depressed about a number of things, and her poetic power leeched onto me;  the number of hours I spent washing my moods down that particular musical hole is unknown.  Great music, and in some sense, soul-enlarging, because it connected with some part of the suffering of my life at that time.  It provided solace, and gave voice to a sense I had about the world.  Was it good for me?  Well, as in all things, it was a mixed bag.

Yesterday, I asked my Facebook friends what great, soul-enlarging songs I was missing.   I think I used the words “spirit-repairing.”   People were enormously helpful, offering many suggestions.  It’s funny, because my mind does not automatically think of hymns or worship songs.  This is a clue about me.  It’s not that hymns have not provided me with some of the most powerful experiences of my musical life: “When Peace Like a River” brings memories of childhood and 500-voice congregations singing this near-perfect hymn, drenched in sorrow as it is (its origin begins with a man losing his entire family at sea), beautifully and powerfully sung.  My father’s closed eyes, concentrated face, and tightened fist are all images that flood me as the pace of the third verse quickens and all of us rise in full voice to proclaim that Christ is coming again in love, rescue, and power.   Spirit-repair indeed.

And there are probably dozens that I feel the same way about.

But that’s not really what I was thinking about.

Mary Chapin Carpenter has a song called “I am a Town.”   When I hear this song, for whatever reason, my identity as a human being before God slams into place, and all that I am and know coalesces in an experience that is akin to arriving at home after a long, difficult journey.   Dan Fogelburg’s “The Reach” does the same thing.    The famous choral version of “Battle Hymn of the Republic.”   The seven fold Amen at the end of “The Lord Bless You and Keep You.”  The piano solos of John Elliot.   More recently, and perhaps most profoundly for me (and my family), the song-stories of David Wilcox:  “Show The Way”, “Break in the Cup”, and “That’s What the Lonely is For.”   “Washed by the Water” (Needtobreathe), “If You Find Her” (Future of Forestry), “Seasons of Love” (Rent, featuring Stevie Wonder).  There are many, many more.

The life of songs and poems are testaments of faith.  Who in the world is going to find such a song?   A song, as David Wilcox says, that seems like it was written just for you?   A song that seems to pour out of your own heart unannounced, perfect, exactly the right length, with just the right tone, instrumentation, rise and fall, and heartbreak at the climax?   A song that, for whatever reason, at the end of the final fade, allows you to somehow be more ready than you were before to face the next moment, the next day?     It’s a miracle that we ever find one.   And part of the puzzle is the great variety of songs that can do it for you.   Sad songs can do it.   Upbeat pop songs can do it.   Rap and classical can do it.   We analyze, we blog, we critique, we wax rapturous, selling each other on how fabulous such and such a song is,  in the end giving little more than shadowy clues as to why a song became the lifeline it did.    And somehow, we teach each other where to find those little nuggets of bread and wine to keep us going.

Praise God for songs and songwriters.  What a clever thing to embed in the human race.   “Clever” seems too small a word.

Are there any words big enough, wide enough, high enough, to express the profound reality we find ourselves drenched in?

Maybe I should write a song.

One Reply to “Soul Enlarging Songs”