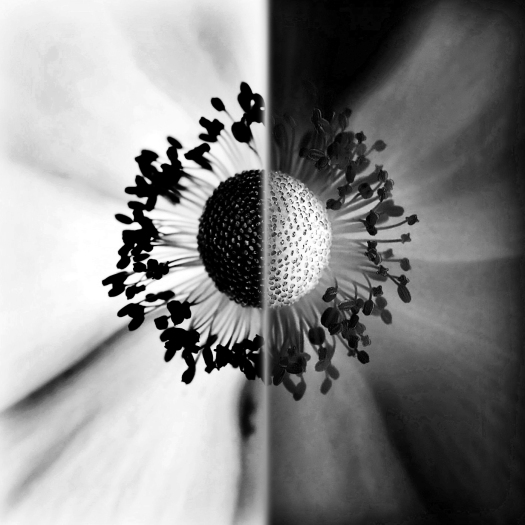 After the Charleston tragedy, I posted this on Facebook: “No words for what happened in Charleston. Just no words…stunning…”

I was right in one sense.   It was stunning.

I wrong about the other part.

There must be words.

In Charleston Shooting: Speaking the Unspeakable, Thinking the Unthinkable, Charles P. Pierce challenges us to use our words, to speak about this unspeakable crime, and to speak about it loud and often.   Like a good artist, Pierce takes our collective chin in hand, and wrenches our head toward the dark, determined to fix our gaze on an event, on an action from which we would rather turn away.

Pierce’s challenge moves me.  I repent.   Here are some words.

Confession time—and my only solace is that I know I am not alone: much of my life has been lived blissfully unaware of larger political and racial issues.   Call it white privilege (you’d be right to do so), call it too busy just surviving, call it hard-heartedness and selfishness, call it any number of things, but I have not been an activist, rabble rouser, or signer of petitions. (Well, I might have signed a few.)   I am not a man who thrives on debate, who enjoys the rush of vein-popping arguments.   I may be an actor and writer, but I am also an introvert and a bit of a coward.   I don’t like fights, and I hate the fact that the good in the world must be fought for, often violently in spirit and in flesh.   In Myers-Briggs terms, INFP’s (I’m one) often don’t get along very well in the world. When impassioned along the rage side of the axis, my mind goes chaotic.

Here’s my problem: I think of myself as a rational empath.   By that I mean that I intuitively see the complexities of almost any issue in both rational and emotional terms. Maybe it’s the actor in me—it’s our job to get into the heads and spirits of our characters.   And in an argument, it is my immediate bent to swing my chair over to the opponents’ side of the table, to see things from their point of view, before I rush to judgment. As if rushing to judgment, for me, were even possible.  I am therefore stretched in mind and heart between two poles.   Almost always.

We won’t even mention the complexity of most of these issues, and another part of my problem is that I don’t do sound byte debate.   I won’t.

Anyway, to make a long story short, I have trouble making decisions and picking sides. Charleston, though…this one, however, is easy.

I’m not sure I know exactly what evil is, but it arrived in Charleston Wednesday night. Calculated, calm, and cold-blooded, a man took part in a Bible study and prayer, and then stood up and shot his gun nine times (actually, I’m told he shot many more times than that), took nine lives from prayerful people whose skin color happened to be black.   (I don’t mean the shooter just happened to kill black people, but that they just happened to be born that way, as is true for all of us.   The shooter knew very much what he was doing, and to who.)

I will never understand how our jealousies and rage over our variously colored wrappings of common blood and bones have begot such ignorance, violence, vileness, and horrific suffering.   If you hit me, I get that I’ll probably hit you back (even though Jesus said not to). If you steal from me, I’m gonna be mad about it. If you threaten take my job or livelihood, I’m gonna get tense.   In other words, I get how aggressive and/or vile behavior begets aggressive and/or vile behavior.

But your skin color is a different pigment than mine, so you are less than I am, and worthy of hate?   There is simply no logic in that idea.   It is, to my mind, ludicrous.

We are built to survive, and some folks want to survive at my expense.   I get it.

So sure, black skin and brown skin is different than my skin.   So these folk are different than me.   Really?   They talk different sometimes, they move in different ways, with different gaits and different language choices, they speak with a different sense of freedom that I sometimes envy, and laugh with gale force when I barely chuckle. Yeah, they’re different.   But they’re not. They’re hungry when they wake, and long to be anything but lonely.   As we look at each other, we both want to be safe, in community, and in control of our destiny.   We want good work to do, good people to play games with, and people that love us at our birthday parties and weddings.   We’re all going grieve when we realize we control nothing, when our parents die, when our lovers betray us, and when we lose our faith.

I didn’t want to think about political and social issues.   I wanted my life to be about beauty.  And peace.   I still do.

Nothing wrong with that.

“Political and social issues” is a generalized moniker designed to let us off the hook.   When I say “I don’t want to think about political and social issues,” I’m saying I don’t care about women who get abused, about children that get aborted, about gays and lesbians who get bullied, mocked, and reviled, about families who can barely live from paycheck to paycheck, about little boys and girls who have absent fathers, or worse, about Black and Asian and Latino folk who are shunned, unjustly harassed, and denied basic civil rights.   I’m saying I don’t care about the truth or falseness of truth claims in science and religion, and in art and entertainment.   What I’m saying is, “Leave me alone and let me be comfortable. Let me do what the hell I want.”

The other thing I’m saying personally is this—and maybe, just maybe, this has a itsy teeny tiny more legitimacy (but no more than that)—I do not know the right answers, and I hate that necessary sensation of being unsure and maybe wrong.   I was raised to believe in God. Any number of wrong decisions about what is right and wrong in real moral terms could land me in hell.   (Praising God with guitars could get you an express ticket.)  By God, we’d better get it right, or suffer the consequences.

And to some degree, this kind of thinking is hell anyway.

I want to know the answers.   And I’m not going to get them handed to me on a platter.   Truth is, a year or two ago, I got tired of trying to figure them out.  Sort of caved in to the notion I was never going to get it right anyway.   I’ve been on sabbatical from trying.

All of this to say…we must work together, and work constantly, to push against the perpetuation of discrimination and prejudice when it comes to the “other.”   Differences in skin color, religion, sexual preference, and political party need not make meaningful connection impossible.   How do we learn to not let fear be the first move?   Frankly, I don’t know.  As I said, I tend to be nervous and sometimes fearful around all kinds of people that are not like me, but here’s the thing: that’s most often about me, not them.

It’s me I fear.   My own lack of intelligence, my lack of validity and worth, my lack of honesty and transparency, my lack of strength and charisma—all these may well be on display when the new “other” shows up, and the least charming of these “others” will perhaps smilingly call me out, identifying some weakness of mine and holding it up for examination.  I will do almost anything, and avoid doing many things, to not be humiliated.

Humiliation is a thing I can barely stand.   Long story…another time…

And with that, I must break my silence, and begin to speak on behalf of those who would be humiliated and crushed by oppressive forces, whether those forces take the form of the casual remark of the lone bigot, or the systematic energy that seeks to put certain members of our world into the shadowy place called “unworthy.”

Yes, there are words for what happened in Charleston.   Evil must be resisted, good must be cultivated and nurtured, and the earth and its people must cry out for and put muscle into the work for justice. That last part, the arrival of justice, in the end, is up to God to balance, but ‘til then, we have to work to do the best we can do.

Repentance means turning around, going a different direction.   Makes my heart pound to even say it.

Yes, I want beauty.  And peace  And dignity, worth, love, and justice…this is the heart of beauty in the Kingdom of God.

There is a time for silence, and a time to speak.

God help me, I know what time it is.

4 Replies to “I Repent: Words for Charleston”